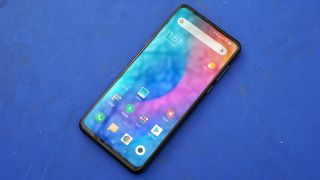 Xiaomi has used the Mi Mix range of handsets to introduce new phone concepts to its audience over the last few years, but it doesn't seem like a Mi Mix 4 will be the next step for the company.

After a variety of leaks, some had expected the Mi Mix 4 to be announced alongside the Mi 9 Pro 5G. But that didn't happen, and the company is now instead focusing on its new Mi Mix Alpha handset that comes with a wraparound display.

After the Mi 9 Pro 5G's launch, a Xiaomi executive took to Chinese social media platform Weibo to confirm the company doesn't have any other Mi Mix handsets in the works aside from the Alpha.

The Mi Mix Alpha is a curved screen smartphone that has its display around the edges and on the back of the phone. The company has referred to it as a 180% screen-to-body ratio.

This is arguably the most inventive handset that Xiaomi has created, but it's set to cost far more than phones like 2018's Mi Mix 3.

We've yet to learn if the Mi Mix Alpha will be coming to other countries as the phone is only confirmed for China so far, and there's no exact release date confirmed either.