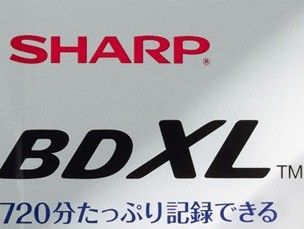 Blu-ray gets the XL factor

Sharp has become the first manufacturer in the world to release a 100GB Blu-ray disc, which is part of the new BDXL format.

Using triple-layer technology, the disc can pack in a mighty 100GB of content, which is double the size of a normal Blu-ray.

The discs are a little pricey, at 5,000 yen a pop (£37) but they do mean that you will be able to store around 9 hours of HD content on a single disc.

Unfortunately the discs can't be used in normal Blu-ray players (well they might work but Sharp isn't guaranteeing it) so you will have to buy equipment supporting the BDXL format – which is mostly made by Sharp at the moment.

Although the 100GB disc will be the first BDXL disc on the market, it is soon to be followed by its even bigger brother – the quad-layer 128GB BDXL.

It sounds impressive but this will definitely be a format that's for the very early adopter.

There's no word if it will come to the UK, either, but if you are Japan-bound then expect to see the BDXL discs in the shops as of 30 July.