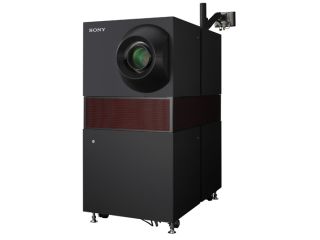 The UK arm of cinema chain Showcase Cinemas has revealed it is to make all of its screen 'fully digital' by the end of 2010, with the introduction of Sony cinema Ultra HD projection systems.

The Cinema de Lux Leicester will be the first lucky cinema from the chain to get the Ultra HD (4K) projector, but a further 21 locations up and down the UK will get a digital makeover before the year is out - this will mean a total of 276 screens will have 4k capabilites.

Adding digital projectors to a cinema is nothing but a good thing for the industry. Not only does it open the door for independents, as it bypasses the need to transfer movies to celluloid, you can also show high-def 3D movies without fear of image degradation.

Karen Fox, general manager of UK theatres for Showcase said: "Most other digital cinema projectors are only 2k, but Sony 4k is dramatically different, with four times the pixel count, delivering better picture clarity, resolution and quality for a more compelling and entertaining cinema experience.

"This means cinema goers get a level of detail that they've never experienced before, greatly enhancing their enjoyment of a fast action-packed film or a big scale epic adventure."

In 2010, Sony 4k projectors have also been snapped up by Vue cinemas in the UK and the Apollo cinema chain.