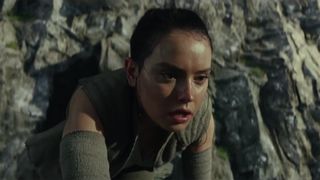 Dennis Muren’s work on the likes of Terminator 2 and Jurassic Park is the stuff of special effects legend, but the 71-year-old explained to TechRadar that getting hands on with movies is no longer something he’s asked to do.

Muren remains a key figure at Industrial Light and Magic - the company set up by George Lucas to produce the special effects for Star Wars - but he’s come a long way from his work on the likes of Empire Strikes Back.

Still - in his words - "poking his head" in at ILM, Muren jokes that he still tells people when something doesn’t look quite right "but they don’t have to listen to me!"

“I’m still making comments on all the shows and everything but I just don’t want to get back into [the day to day]," he revealed during a chat with TechRadar concerning the 3D re-release of the seminal Terminator 2: Judgement Day.

“It’s too hard now; there’s too much travelling and too much time on location and you just can’t make big changes if you have to be on a film shoot for five months. And that’s what the people want now. That’s what the studios want.

“I have to spend most of my time back at ILM to get these breakthroughs to happen and you can't do that it if they want you on location.”

George Lucas famously tinkered with his original Star Wars films to ‘fix’ special effects, add scenes and characters and tinker with the order.

When TechRadar asked him what he would have liked to have fixed on his movies, he admitted that Lucas’ changes went beyond what he expected, but that he understood the desire to change things.

“It’s something you really want to do. I don’t think there’s much I would do on Terminator 2 - maybe a few little things here and there - but we did it on Star Wars because so many of those shots needed some help and it was nice to go back and fix those things up," he said.

“George did a lot more than I ever thought he was going to do and it certainly turned into something else. I don’t think artists ever want to stop, everything’s a process.”