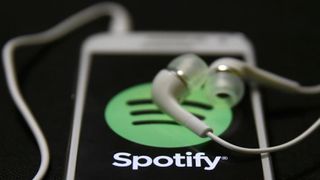 Music streaming giant Spotify has begun testing a native voice search feature that will allow users to navigate its app via voice commands.

The functionality has rolled out to a small number of users at this point and has been confirmed by a Spotify spokesperson as “just a test for now”, according to TechCrunch, with more official details to come.

With commands that include playing specific songs, playlists and artists, as well as more general requests on genres and moods, this feature aims to give the user increased control when using microphone-equipped headphones, or when in other hands-free situations like driving or cooking.

Another powerful application for native voice control is in the burgeoning field of smart speakers, of which Apple, Google and Amazon currently rule the roost. Considering each of these companies have their own competing music-streaming services, it could be a wise move for Spotify to break loose from the pack and offer a dedicated voice experience.

There's previously been evidence that Spotify could be planning its own smart speaker. Job listings point to a revamped hardware team at the company, intended for creating the company's own-brand physical products.

It would diversify Spotify's offering and, if it's AI is up to scratch, give it a potential foothold in the growing smart home market.