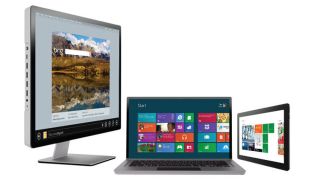 Microsoft offers an advance peek at next week's "Patch Tuesday"

Microsoft has issued advance notification for the first round of patches for Windows 8 and Windows RT, which are scheduled to roll out next Tuesday.

The so-called "Patch Tuesday" will be an important event for early adopters of Microsoft's Windows 8 and Windows RT, judging from a Security Bulletin Advance Notification the company issued Thursday.

On November 13, 2012, Microsoft intends to release the initial set of security updates to its brand-new Windows 8 products - including the tablet-centric Windows RT - as well as older versions dating back to Windows XP.

Tuesday's updates are comprised of six security patches: Four critical and one each in the "important" and "moderate" categories.

While Windows itself is the primary target for the upcoming fixes, one also covers a flaw discovered in Internet Explorer 9, while another focuses on Microsoft Office 2003, 2007 and 2010, including Office 2008 and 2011 for Mac editions.

The patches aren't all about Windows 8: Windows 7, Vista and XP will also receive the security updates, including Server releases from 2003, 2008 and 2012.

For Windows users who have flipped on automatic updates, the patches will install themselves magically come Tuesday, but can be triggered manually via Windows Update on the Start menu.