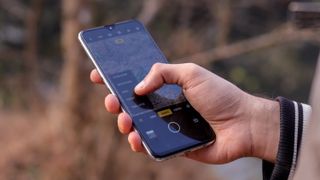 Realme’s first launch of 2020 is a refresh to its C series of budget smartphones. It will see the debut of the new lineup of mid-range chipsets from MediaTek as well as Realme UI.

Its budget smartphones have driven Realme’s aggressive push in the Indian smartphone market. Understandably, it’s this series that gets refreshed more frequently. The Realme C3, slated to launch in India on February 6 will bring significant upgrades on both hardware and software fronts.

For starters, it will be the first phone from Realme to run Realme UI over Android 10 out-of-the-box. Other phones are in the process of receiving this update as the rollout continues in the coming months. Interestingly, this could make the Realme C3 one of the most affordable phones to run the latest build of Android.

It will also be the first smartphone to be powered by the MediaTek Helio G70 gaming chipset, which is a slightly lower-powered version of the popular Helio G90T that powered the Redmi Note 8 Pro. Meant for gaming, the Helio G70 is fabricated on a 12nm manufacturing process, with eight cores in two clusters.

Some other specifications of the Realme C3 have also been disclosed, such as a 12MP primary camera alongside a 2MP depth sensor. Regulars such as Chroma Boost, slow motion video, HDR, and panorama will also be present.

The Realme C3 is expected to sport a 6.5-inch HD+ display on the front, protected by Gorilla Glass. The battery will be rated at 5,000mAh, which is one of the biggest in the segment. We're expecting it to be released at a starting price of less than Rs 10,000 for the base variant.