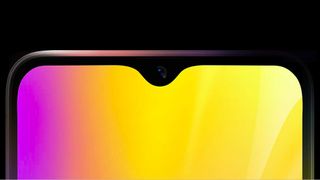 Realme might soon launch the Realme 3 and a new smartphone in the company's A-series lineup, the Realme A1. According to My Smart Price who has received a tip, the Oppo spin-off plans to launch two smartphones in India by Q1 2019.

The Realme 3 was recently spotted clearing through Singapore's IMDA certification agency and was confirmed with the model number RMX1821. Now, according to the report, another phone bearing model number RMX1825 will debut before the end of the first quarter. The report goes on to state that the upcoming RMX1825 a.k.a Realme A1 will be placed in between the company's U1 and Realme 2 phones.

At this point, there're no details regarding the features and specifications of either of the two phones but we expect the phones to feature a waterdrop notch along with a powerful camera, though not a 48MP one.

Realme has four products in its catalog ranging from Rs 6,999 for the Realme C1 to Rs 12,990 for the Realme 2 Pro. The Realme C1 (2019 Edition) was launched just last week and is the most affordable smartphone by Realme in India.