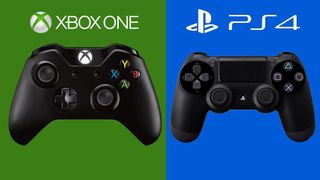 It's hard to believe, but the Xbox One and PS4 are reaching their twilight years. New hardware is on the way – but, if a report by analyst Lewis Ward of IDC is to be believed, we may have a little wait yet until we see it.

Speaking to GamingBolt, Ward's research points to an E3 2020 reveal for both the PS5 and Xbox Two consoles – which chimes with reports that Sony will be skipping the big gaming show for 2019.

Instead, E3 2019 will be simply for "modest hardware refreshes" and "a slate of AAA exclusives.

"If the plan is to give this assumed hardware refresh two years of runway before next-gen systems arrive, then 2020’s E3 is when Sony and Microsoft will be unveiling their new systems," said Ward.

Given the success of the Nintendo Switch, many have wondered if Sony and Microsoft will take a leaf from Nintendo's design handbook and bring mobile play elements to their new machines.

However, Ward believes that the new machines "won’t have built-in screens", and will retain "disc drives", eschewing the growing power of streaming services for what would appear to be a traditional home console setup.

Of course, Ward doesn't speak for Sony or Microsoft, but his position in the industry gives a good indication of what we can expect. With dev kits now reported to be in the wild, Xbox Scarlett codenames circulating and major trade shows being skipped, you can be sure that the big names in gaming are planning to reveal something huge.