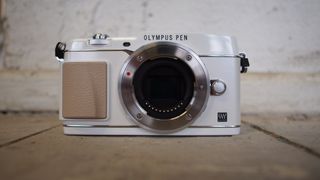 The new Olympus PEN E-P5 builds on the heritage of the existing PEN lineup, but uses the same 16.1 million pixel sensor as the premium Olympus OM-D camera. It also features the same True Pic VI image processor, which should mean that it shares similar image quality to the more advanced camera.

One of the key improvements Olympus has made to the camera is to the mechanical shutter, which is now able to offer a maximum speed of 1/8000 second for capturing very fast action. This is a world first for compact system cameras and is usually reserved for professional DSLRs, such as the Nikon D4.

For the first time in an Olympus CSC, Wi-Fi is now built in. In conjunction with a free app available for both iOS and Android, the camera can be remotely controlled from a smartphone or tablet, while photos can be shared quickly to social media sites and the like.

The same 5-axis image stabilisation system designed for the OM-D can also be found on the PEN E-P5, but Olympus says this has been improved.

Although the design is very similar to the previous PEN cameras, a new "2 x 2 dial" system enables the different dials to change functions depending on preference.

Like its predecessor, the camera features a 3-inch capacitive touchscreen that, unlike the Olympus PEN E-P3, is tiltable.

Other interesting features include focus peaking while using manual focus, 12 digital art filters and the inclusion of Photo Story - a feature that enables you to create montages in-camera.

Although there's no in-built viewfinder, a new external device is also announced today. The 2.36 million dot VF-4 is tiltable and will be available to purchase separately.