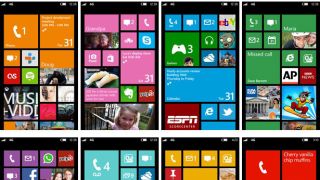 Whats next for Windows on phones?

Our first look at Microsoft's new mobile operating system may arrive today as reports suggest the Redmond firm is ready to release a technical preview of the software.

According to an anonymous source who tipped NokiaPowerUser, a Windows 10 for phones build is currently being tested, and if no major bugs are found it could be released as soon as today.

It won't be a general release though, with only "Microsoft Insiders" gaining access to the technical preview - basically those who are part of the firm's fan club.

NokiaPowerUser is quick to highlight the information hasn't come from one of its regular sources, so we're taking the report with a hefty pinch of salt - but we'll be keeping our eyes peeled for any hint of a release.