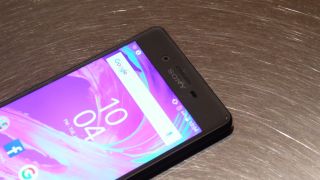 With the launch of the Xperia X range it seemed like Sony might be cutting down on the number of flagship phones it releases each year, but a new benchmark suggests another one is already on the way.

A GFXBench listing spotted by Xperia Blog reveals a Sony handset with the model number F8331 and while it's not named it's clearly a high-end device, with a Snapdragon 820 processor, 3GB of RAM, a 21MP rear camera, a 12MP front-facing one and a 5.1-inch 1080p screen.

Those specs are a little below the likes of the Samsung Galaxy S7, but in line with the Sony Xperia X Performance, which is the company's current flagship.

With a benchmark doing the rounds now an announcement is likely this year, possibly at IFA 2016.

That takes place at the beginning of September and Sony has used the event to launch hardware in the past, including last year's Sony Xperia Z5.

A whole new range of phones

Based on the specs and the fact that the model number is higher than the F813X designation given to the Xperia X Performance, this mystery handset could be the Sony Xperia X2.

Just like the Xperia X there may be several different handsets launched, as Xperia Blog also found a user agent profile mentioning the F8332.

Hopefully we'll know in just a couple of months, but we might not even have to wait that long. If the Sony Xperia X2 really is coming soon there are sure to be lots more leaks and rumors imminent.