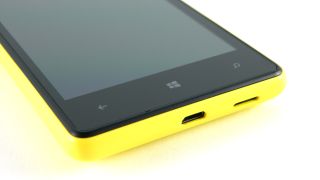 It turns out Nokia wasn't kidding when it promised a mass 2013 phone rollout was on the cards, with a new hero device and new phablet just two of the handsets we're expecting.

As reported by MobileToday, Nokia CEO Stephen Elop has opened up a little more about both these new devices.

The new flagship, which is expected to be the Nokia Lumia 928, will be launching by the end of June, with Nokia looking for an exclusive US network deal (and a similar deal is also on the cards in the UK).

Elop didn't open up much about the new handset, but did drop a few small hints:

"What we're trying to do is really make sure that we're shifting the focus towards hero experiences. So, you hear us talking a lot about imaging, and so, you should watch...for us to continue to advance the state of the art, like what is the best experience in imaging on devices."

As for the speculated phablet, all Elop said was that the company was looking into "broader form factors and different things that we can do".

Nokia is rumoured to be working on a larger Windows Phone 8 handset to take on the likes of the Samsung Galaxy Note line.

Mobile Today reports that the device will host a 6-inch screen, although we don't know where this information has come from.

If true, that would make the Nokia phablet bigger than the Samsung Galaxy Note 2, though possibly still smaller than the Galaxy Note 3 if we're to believe rumours of the Note 3 sporting a 6.3-inch display over the more recent talk of a 5.9-inch screen.