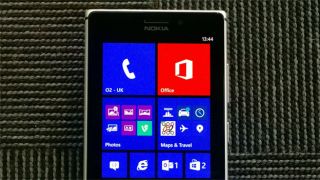 Lumia WP8 handsets back in Black with update

Nokia has revealed a significant software update for its range of Lumia Windows Phone 8 devices, bringing a host of new features into play for owners of handsets like the Lumia 1020.

The Lumia Black update allows users to group like-minded apps into folders within a single Live Tile on the homescreen, making it easier than ever to customise the Windows Phone Start screen.

Also along for the ride is Nokia's neat Refocus camera app (here, go play with it!) which, like the Lytro camera, allows users to take a picture and then choose the image's point of focus.

For keen photographers there's also the introduction of the Nokia Camera interface for WP8 users. So far that software has only appeared on the company's PureView handsets. The Storyteller mode, which arranges photos by date and place, is also included.

The Lumia Black update, which is rolling out worldwide for Lumia 1020 and Lumia 925 today and "in the coming weeks" soon for other Nokia WP8 devices, also includes the Nokia Beamer screen mirroring tech.

Other new features include Nokia Glance, which gives users a quick indication of pending notifications, while 'Black' will also unlock Bluetooth LE connectivity for all applicable devices.

The update can be downloaded over the air and you can check if it's available yet by heading to Settings > Phone Update.