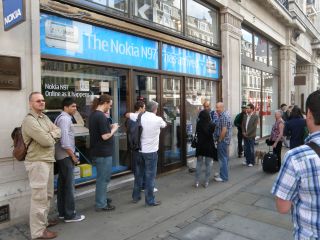 Nokia seems to be having a big strategy shake up, with the news emerging it will be shutting further stores in the US.

The closures, which will affect top shops in Chicago and New York, follow the shutting down of Nokia's flagship store on Regent's Street, London.

This means that the company will now be looking to distribute its phones through retailers and online, with the closures 'in line with strategy' according to Nokia in the US.

Nokia has always said that its stores were about promoting the full phone experience, rather than sales, but clearly it now feels that such measures aren't needed any more.

The US is a different market to the UK for Nokia, with the company enjoying a much lower market share than over here, but the 'experience' angle for its flagship stores was crucial for both locations.

So it seems that educating the masses in the awesomeness of Nokia is less of a priority for the brand - hopefully the costs involved will be diverted to making better handsets for us all to play with.