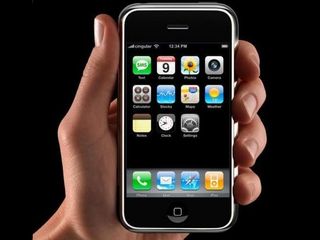 Careful with that iPhone! Greenpeace says its loaded with planet-damaging chemicals

Apple is in trouble with Greenpeace again - this time for using environmentally-damaging chemicals in the iPhone.

Greenpeace said it discovered high levels of brominated fire retardants (BFRs) in the iPhone, along with plasticisers in the iPhone's headphones that have been banned for use in UK toys.

"Steve Jobs has missed the call on making the iPhone his first step towards greening Apple's products," says Greenpeace campaigner Zeina Alhajj. "It seems that Apple is far from leading the way for a green electronics industry as competitors like Nokia already sell mobile phones free of PVC.

"Apple needs to re-invent its iPhone...in green. The company needs to design out all hazardous substances and materials from its products so that a real solution is found for the growing mountain of e-waste.

"Whether the iPhone model due for European release in November 2007 also relies on brominated internal components and PVC is a question Steve Jobs needs to answer."