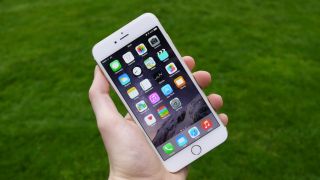 With only two days left until Apple's big iPhone event on September 9, the rumor mill is still spitting out leaks about the expected iPhone 6S and iPhone 6S Plus.

This time, a leak posted by @KJuma on the Chinese site Weibo suggests the iPhone 6S is set to sport a 4.7-inch screen with a 1125 x 2000 resolution, which works out to be 488 pixels-per-inch.

The Chinese site also included alleged benchmark scores from Geekbench that had the iPhone 6S running a 1.8GHz A9 SoC chipset with 2GB of RAM.

Besides these specs, however, this isn't the first time we've heard of a resolution increase for the new iPhones, with a 2K display for the iPhone 6S Plus previously rumored.

And with rumors of Force Touch to be a new addition on both the iPhone 6S and iPhone 6S Plus, an upgraded display for both handsets doesn't seem too much of an assumption.

Of course, with only two days until the launch of the new iPhones, we suggest taking all of this with a grain of salt - we'll find out all the details soon enough.