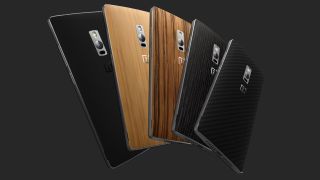 OnePlus has confirmed that the Android Marshmallow update will head to its handsets, but you'll have to wait a few months more to get it.

Unfortunately, no firm dates for an update have been announced, but the phone maker did today reveal that if you're sporting a OnePlus One or OnePlus 2, you'll receive the Marshmallow update sometime early next year.

"For the OnePlus One, Cyanogen OS will be updating to Marshmallow in the first quarter of 2016," OnePlus said on its forum.

"The OnePlus 2 will also be updated in Q1, and the update will include the new standard Marshmallow API for the fingerprint sensor," the company added.

OnePlus also said it won't create its own API for fingerprint scanning "since we're switching over to the standard Android M implementation soon."

Meanwhile, OnePlus hasn't revealed when the recently launched OnePlus X will get the Marshmallow treatment - not even a very vague quarter - just that it's working on bringing the mid-range handset's Android up to date.