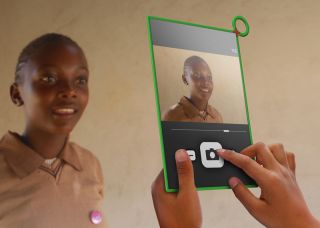 RIM's oft-rumoured BlackBerry tablet has been 'outed' once again in a research note by an analyst.

Ashok Kumar, MD at analyst firm Rodman & Renshaw, says that the new tablet will have a seven inch screen with front and rear facing cameras.

The note predicts that Marvell, creators of the reference design for the OLPC tablet, will be using its components in the creation of the BlackBerry tablet.

These would include the 1GHz Armada 610 processor, which would facilitate 1080p video playback, a 16MP camera and 3D graphics - although whether a tablet from RIM would use these battery-draining features remains to be seen.

The anticipated release date for a BlackBerry tablet is also apparently being pushed forward, according to Kumar, with RIM apparently keen to get the device out before the end of 2010.

What's odd about the note is it goes against information already 'leaked' to the internet about the forthcoming BlackBerry tablet - previous suggestions have labelled it a non-3G phone add on, with a much larger 8.9-inch screen.