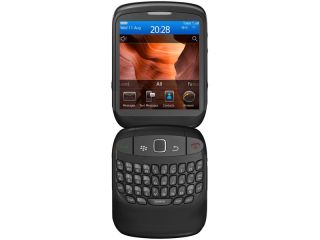 The new BlackBerry 9670 appears as a simulator

RIM's next new crazy-shaped phone looks like it will be the BlackBerry 9670, a clamshell handset.

Running BlackBerry 6 OS, this new phone has appeared on a development simulator and has since been shared around the internet on a variety of torrent sites, according to BB Leaks.

From the simulator we can see a handset that has 4GB of onboard memory (thanks to running BlackBerry 6 OS) and a 5MP camera, as well as a full QWERTY keyboard.

To touch or not to touch?

We're not sure where it's packing a touchscreen, but given the clamshell form that seems unlikely. Also we're hoping it has got at least 512MB of RAM on board, otherwise BB 6 is going to be a slow runner.

We've no idea on a UK release date for the new BlackBerry 9670, but given the BlackBerry Torch and the BlackBerry Curve 3G are coming soon, we'd hope it would be in the near future.