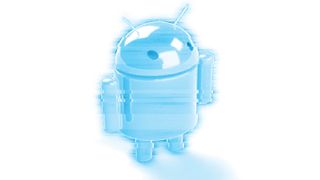 "Just root it" is something you've probably heard said if you've spent any meaningful time hanging around a hardcore Android user. But, unless you've spent too much time lingering in the darker corners of the internet, you probably get lost when people start comparing ROMs.

As Android phones have taken off, rooting (the process of getting super access to your phone, and being able to change it as you see fit) has become an increasingly mainstream thing to do.

The driving factor behind this is the manufacturers: to stamp their own seal on devices, big Android smartphone makers like Samsung, HTC and Sony put a 'skin' on top of the regular Android OS, changing the look and feel, and often replacing stock Android apps with changed varieties.

In the first case, then, some users don't appreciate the 'bloatware' – they'd rather have a clean, unskinned version of Android, as they often run faster, and Google's apps are arguably superior to the manufacturers' offerings.

But skinning Android creates a more serious problem – updates. When Google issues a major update for Android, something it sometimes does a few times a year, it takes months for the manufacturers to apply the updates to their Android skins, and then push the update to customers – and for some older handsets, they often don't bother at all, leaving owners high and dry.

Rooting, and installing custom ROMs, overcomes a lot of that. Not only does messing with the software on your phone allow almost limitless tweaks to the look and feel of the thing, it also brings access to faster, more efficient versions of Android, with more frequent updates to boot.

For a prospective modder, the first step on the path is always rooting. To 'root' a device is to get total control over it. Although most people will never run into problems with having control over their phone, if you ever try to delete an in-built app, you'll find that there's a lot of things the normal operating system won't allow you to change or delete – something rooting changes.

The difficulty of rooting depends on your handset manufacturer. Rooting requires access to the bootloader, a low-level piece of software on your phone that boots up before the operating system, and tells the phone where on its memory to look for the OS.

Some manufacturers unlock the bootloader by default; others offer a tool (not normally exactly user-friendly) on their websites; whilst the worst offenders, by rooting standards, require more complicated (and often warranty-voiding) methods.

From there, rooting normally just requires hooking up your handset to a PC, downloading a few pieces of software, and hitting go. The exact method varies from phone to phone – step-by-step instructions can normally be found on XDA forums, a giant internet community dedicated to developing and modding smartphones.

Getting root access also opens the door to run other, more powerful apps. For example, the most complete backup app, Titanium Backup, needs root to function properly. Other apps, like the power-saving Greenify, also function better when they have complete control; and if you're on a phone plan that charges you extra for tethering your phone's data to your laptop, there are root apps that can get around that too.

However, rooting is just the first, rather limited step. If you want to get a completely un-skinned version of Android, are lusting after the most recent version of Google's OS, or just fancy a change of scenery, you'll want to flash a custom ROM.

A custom ROM is basically just a different version of the Android OS. Generally, the ROM is developed from the open-source Android code, but tweaked slightly.