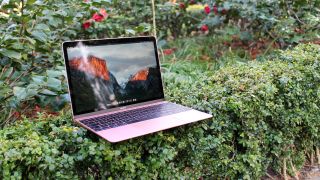 Could a MacBook with a built-in LTE modem be in the works? Some folks have been asking why such a model doesn't exist for some considerable time now, but it seems this is an option Apple is certainly mulling over, given that a fresh patent for 'isolated cavity antennas' has emerged.

The patent, which was filed last summer but has only just been granted, explores a design which would allow for cellular antennas in the 'slot-shaped opening' between the 'upper and lower housing' – i.e. the base of the laptop and the lid.

Apple's idea is to fit antennas for Wi-Fi – 2.4GHz and 5GHz – along with a third one for LTE connectivity, and do so in a way that makes good use of space, and also takes into account issues of interference from a metal chassis.

Of course, as ever when patents pop up, there's no guarantee Apple is doing anything other than exploring concepts or covering possible bases. But maybe, just maybe, an LTE MacBook is on the cards.

As well as space and interference issues from a design standpoint, the other consideration is that such a cellular modem would obviously add a fair whack to the price of the notebook – and MacBooks aren't particularly cheap as it is.

That said, given past interest in LTE connectivity, it's a price some folks would definitely be willing to pay.