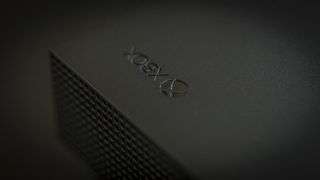 Microsoft has been tweeting out videos counting down the days until its E3 2019 keynote presentation - and it’s been hiding hints to its next-gen Xbox Two (officially called Xbox Series X) console in them.

Look at the buildings on the left of each video, and a letter-and-number code emerges: the first revealed R55, the second G36, and the third showed B0. Twitter user @Cr8Beyond pieced them together - they’re the RGB code for the color scarlet, hinting at the collective codename for the next Xbox machines.

User @Cr8Beyond was rewarded for his trouble with a free month of Xbox Game Pass, which is more or less confirmation from Microsoft. That strongly implies we’ll see some news about the consoles at the company’s keynote on Sunday, June 9.

Scarlett is the collective name for two separate machines: one codenamed Anaconda, the higher-end of the pair rumored to be more powerful than the upcoming PS5, and the other Lockhart, an entry-level machine with lower performance and price.

This isn’t the first time Microsoft has dropped hints on social media in the days leading up to an E3; two years ago, the company posted images with hidden messages dissing Sony for its PS4 Pro, which had lower supposed computing power than the then-upcoming Project Scorpio (Xbox One X).