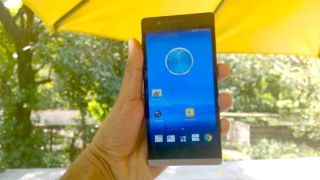 Lava has introduced yet another affordable smartphone in the country but this time they have worked on the software aspect for their device. Lava Icon will be seen running on Android 4.4 KitKat version but the custom face is known as Star OS.

Priced at Rs 11,990 the only other differentiating factor about the device is the Sony Exmor sensor-laced camera with dual-LED flash support for decent imagery experience. Powered by quad-core Mediatek CPU with 2GB RAM, Icon offers 16GB (13GB usable) space, expandable further up to 32GB as per the brand.

Talking about Star OS Lava claims to have worked on the interface with customer inputs and defined developer study which went for over a year. The phone is loaded with 2500mAh battery but all in all, the phone's price is on the higher side, compared to its competition. Lava has taken Snapdeal on board for the Icon and will be available today onwards.

Making software for phones is a hard task but nevertheless you come across devices these days that look anything but like the original Android form. The Samsung's, LG's have been following this ritual for many years but their Chinese counterparts have taken the concept to another level with high-defined tweaking to their software version.

Forked Android as we call them has breached the boundaries of pure Android experience these days and that's mostly owing to the proliferation of varied custom operating system (OS) in the market. Even brands in India have tried their bit in the OS space but somehow it feels their expertise in the field leaves much to desire. The company is betting big on the OS with more updates expected to be rolled out in the comings, with Lollipop being their centre of attraction.