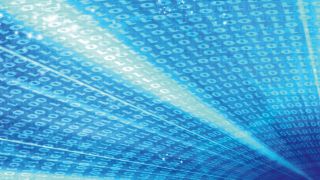 U.S. says Syrian government is responsible for the blackout

After two full days of a complete internet blackout in Syria, service has been restored to the majority of the country, although violence continues.

Internet analysis website Renesys reported that web access in Syria dropped sharply on Nov. 29 and was restored almost as suddenly during the middle of the day on Dec. 1.

Further investigation by an on-the-ground BBC correspondent confirms that digital communications services have returned in parts of Syria's capital, Damascus, despite continued "heavy fighting on the main road to the airport."

The U.S. State Department claims that the Syrian government, having been under military and social pressure since March 2011, caused the internet outage as an act of desperation.

Activists allege that since the fighting against President Bashar al-Assad and his regime began last March, 40,000 people have lost their lives to the conflict.

A side effect of the violence and the potential leveraging of infrastructure like Internet access has been the massive exodus of refugees from Syria.

The United Nation's (UN) Arab League envoy for Syria, Lakhdar Brahimi, suggested to the UN General Assembly that the Security Council could draw up a viable peace plan in addition to providing humanitarian relief for the growing numbers of displaced Syrians.

UN Secretary General Ban Ki-Moon said that by January, Syria's neighbors could be supporting as many as 700,000 refugees.