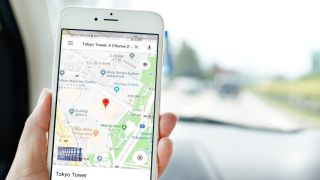 Google Maps can now warn you if the taxi you're taking goes off course, giving you an alert if the car strays more than 500m off the intended route.

Of course, there could well be a valid reason why your driver has taken a detour (they might know about a temporary road closure, for example, or simply think they know better than Google), but the alerts could help keep you safe when you're traveling in an unfamiliar part of town by letting you know if something's amiss.

The feature, called Stay Safer, was first seen in India earlier this year, where it was introduced mainly for women traveling alone, but as XDA Developers reports, is now starting to appear worldwide. It's been spotted in the US and Netherlands so far, and we'd expect to see it in other territories soon too.

When you receive the update, Stay Safer should be visible as an option when you tap 'Get directions'.

Where do you think you're going?

Seemingly borrowing a few tips from Uber, the Stay Safer feature also allows you to share your location live with friends and family so they know when to expect you, and send them alerts if you're heading off course.

The new tools are available for both Android and iOS. Hopefully you'll never need them, but they're a welcome addition and will hopefully give passengers the confidence to challenge their driver if they're taking an unusual route, and ask to be let out immediately.