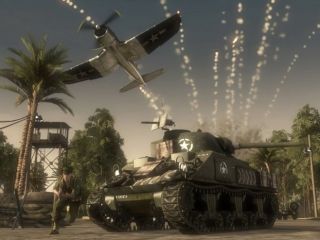 Video war games could provide children with a huge advantage in life by training them to absorb information and work out the correct time to use it.

However, text messaging, tweeting and YouTube watching were apparently likely to degrade the same function.

Of course this seems to boil down to active versus semi-passive activity – but Stirling University's Dr Alloway has apparently extensively studied working memory and tried out her theory on slow-learning children between the ages of 11 to 14.

After two months of 'Jungle Memory' training the kids picked up a not-inconsiderable 10 point IQ raise.

"It was a massive effect," said Dr Alloway in a speech at the British Science Festival at the University of Surrey in Guildford.

The TechRadar staff are both inveterate gamers and heavy Tweeters - so our net gain is probably zero.