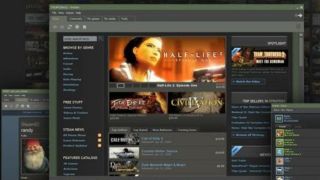 Newell: Not mincing his words

Speaking at the Casual Connect game conference, he told delegates that the issues presented by Windows 8 are part of the reason behind Valve's Linux push.

It's the closed nature of the Windows 8 store that Newell has a major problem with, explaining that part of Valve's success to date has been down to the openness of the PC platform.

But the success of 'walled gardens' like Apple's iOS ecosystem has turned heads because developers "look at what they can accomplish when they limit the competitors' access to the platform, and they say 'That's really exciting.'"

He predicted, "We'll lose some of the top-tier PC/OEMs, who will exit the market. I think margins will be destroyed for a bunch of people."

Moving to the Linux platform is a "a hedging strategy" for Valve in the face of Windows 8, he added.