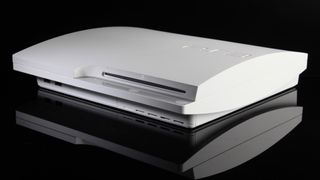 A six-year-old lawsuit between Sony and Linux users has finally come to a close, resulting in Sony agreeing to pay PlayStation 3 owners a sum for removing the open-source OS from its console.

The hubbub started back in March of 2010, when Sony removed the ability to install outside operating systems on the PS3. The company cited security and piracy concerns as the reason for changing its stance, according to Ars Technica.

This stirred up owners running Linux on their PlayStations at the time, since keeping their OS meant being unable to access any other online features like connecting to the PlayStation Network, playing multiplayer games, and downloading firmware or patches until the feature-killing update was installed.

While the deal has yet to receive final approval by a judge, Sony has agreed to pay out cold, hard cash to any PS3 owners who feel they got a raw deal by having third-party OS functionality taken away from their machine.

As per the settlement, Sony will pay a sum of $55 to any owner of a PS3 manufactured between November of 2006 to September to 2009 that included the "Other OS feature," and can prove they lost use of Linux thanks to Sony's update.

For those juuust outside those parameters, a smaller $9 entitlement will be granted for any and all PS3 owners who can claim that their console "lost value and/or desired functionality" by the lack of the Other OS feature.

For some, the amount of money might be less that the trouble is worth, but the settlement is still a big win for Linux users, as well as anyone really big on the idea of keeping control of a console's features up to the consumer.

If nothing else, nine bucks could still snag a Chipotle burrito or a good game like BioShock through PSN, so we aren't complaining.