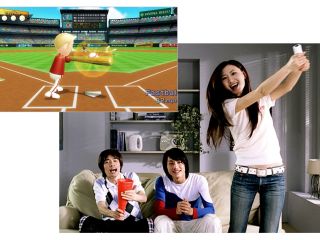 Soon, the Wii will deliver a lot more than just quick-fix gaming

On a big day for Nintendo, one of its software partners has unveiled a video-on-demand service for the Wii that is due to arrive this December.

Fujisoft's Minna No Theatre Wii (Everybody's Wii Cinema) is currently on show at the CEATEC technology expo near Tokyo and will appear on the Wii Shop Channel in a couple of months.

The VOD application is based on the Ulexit video player that specialises in low-resource devices such as the Wii or other embedded, non-PC, hardware.

Once installed, the Fujisoft app will deliver cartoons, kids' shows and films to any Wii for playback on a connected TV set.

Naturally, DRM is supported and content will range from 100 to 400 Wii points a pop. Oh, and it's likely to be Japan only for the foreseeable future – sorry.