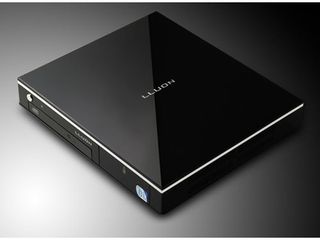 Trigem, a company best known for its Averatec notebooks, has announced a new micro PC called the LLUON Crystal that will bridge the difference between the size of ultra-compact PCs and the performance of larger towers.

Although the system is just 1.8 inches deep, it sports a 320GB, 7200rpm hard drive and a 256MB GeForce 8400 GS video card that helps it run Windows Vista. To keep its size down, the micro PC offers a 1.66GHz Core 2 Duo notebook processor and 1GB of memory.
For those looking for a bit more out of their computer, the more advanced system ramps up the memory to 2GB and increases the processor's speed to 2GHz, while adding Wi-Fi for more networking options. Beyond that, an optional 22-inch LCD featuring a TV tuner can accompany the computer if a monitor isn't already available.