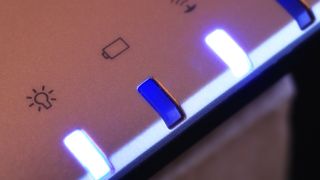 Google’s Chrome browser is the most popular browser in the world, but it’s also notorious for gobbling up RAM and battery life faster than market share – but it looks like Microsoft has found a way to reduce its battery consumption – on Windows 10 devices, at least.

Back in August 2019, Microsoft spotted a way of potentially reducing Chrome’s power consumption, which impacts battery life, by preventing unnecessary disk caching when users watch videos. When the browser uses disk caching, that keeps the hard drive in an ‘active’ state, and sucks up battery life.

As Windows Latest reports,  Microsoft has also submitted a commit to the Chromium Gerrit (basically an online code collaboration tool that allows people to work on the code of open-source projects, like the Chromium engine that Chrome runs on) that “adds a check to verify that the device is running on battery and is not connected to AC power.”

This means that the feature will only kick in when the device is using its battery, and not when it’s plugged in.

There has also been a tweak added that lets Chrome compare the size of HTTP response content, so it will not cache content when file sizes are larger than the maximum file size. Again, this should keep disc usage to a minimum.

And now a Google Chrome engineer has revealed that Google is keen to experiment with these new features to see how they can improve Chrome’s battery consumption.

If the experiments are a success, we could see these features land in an upcoming release of Chrome.

What’s noticeable about these battery-saving changes is that they have been made by Microsoft, rather than Google.

However, it’s not too surprising that Microsoft is working on improving Chrome’s code, as Microsoft has released a new version of its Edge browser, which is based on the same Chromium engine as Chrome.

By improving Chrome, then, it could also be finding ways to improve Edge. And if that means the most used web browser in the world runs better on its Windows 10 operating system, then that’s a pretty decent side effect as well.

In 2019 alone, Microsoft made over 1,600 code contributions to Chromium – so even if you’re not too sure about Microsoft’s motives, it’s clear that the company has been a big benefit to the Chromium project. Long may that continue.