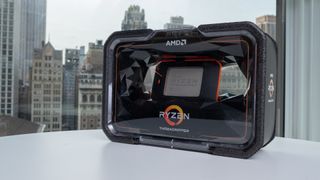 It's no secret that AMD has been on top of the world with its Ryzen 3rd Generation processors and Navi graphics cards, but we're starting to see some indication that hardcore PC enthusiasts are starting to side with Team Red.

What this means, however, is that the type of people who do benchmark their hardware (PC enthusiasts) are adopting AMD hardware at a higher rate. That's probably because the AMD Ryzen 9 3900X is more powerful than the Intel Core i9 9900K – even if Intel disagrees.

According to these results, AMD and Intel are closer than they've been since Q4 2007. And, with AMD Ryzen Threadripper 3rd Generation likely coming later this year, we could see that gap close even more.