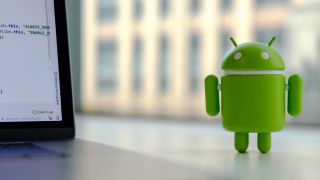 Google has launched a new service to help Android users struggling with their phones via Twitter. Simply tweet your question with the hashtag #AndroidHelp and a member of Google's support team will reply with the answer through the official @Android account.

It should be a handy tool whether you're the one having trouble, or you have a family member in need of assistance and you can't be there to solve their problem in person.

According to Google, its staff will be able to provide assistance with general troubleshooting, identity and authentication, accessibility, security and "many other Android features".

Care in the community

It's not clear how Google will handle the sheer volume of queries or filter out the spam, so it'll be interesting to see whether it's able to cope with such an ambitious undertaking in the long term.

As XDA Developers notes, many people are currently using the hashtag to ask very specific questions about particular phone models, which the Google team may not be able to answer (unless they're queries about Google Pixel handsets).

However, it seems that community-spirited strangers are using the hashtag to find people in need, and taking the opportunity to help out out when possible. Google's support team isn't responding to queries yet, but the enthusiasm of other users means it's well worth asking questions now anyway; you may get an answer much sooner than you'd expect, even if it doesn't come from the official account.