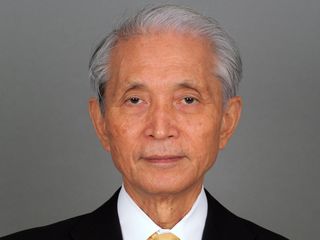 Sigma has announced that its 78-year-old founder and CEO passed away in Tokyo on 18 January.

Michihiro Yamaki lead Sigma for over 50 years, taking the company from humble beginnings as the smallest of more than 50 lens manufacturers in Japan to its position today as the largest independent DSLR lens manufacturer in the world.

'All who knew Mr Yamaki admired his hard work and dedication to Sigma, yet his total commitment was tempered by his consideration for his employees, associates and customers,' Sigma UK announced in statement. 'Mr Yamaki will be sadly missed but his energetic, capable and compassionate leadership style will be carried forward by his son, Mr Kazuto Yamaki.' Indeed, Sigma Corporation will remain a family owned business.

Yamaki established the 'Sigma Research Centre' on 9 September 1961. Then a 27-year-old optical engineer, he had developed the world's first lens converter designed to attach at the rear of the camera.

'At that time, most photo enthusiasts believed that a lens converter could only be attached to the front of a camera lens and Yamaki turned conventional optical theory on its head,' a Sigma Corporation of America spokesperson said.

Sigma now has offices in 8 countries and more than 50 lenses in its current line-up. As well as designing and manufacturing camera lenses, the company has continued its expansion into camera development under Yamaki's direction.

The camera industry recognised Yamaki's contribution to photography through a string of awards during his career, including the PMA Hall of Fame Award, the Golden Photokina Pin and the United Nations International Photographic Council Hall of Fame Award.

A private funeral for family and friends was conducted prior to the announcement, as requested by Mr Yamaki. Sigma confirmed that company funerals will take place in Tokyo and Aizu 'at a later date.