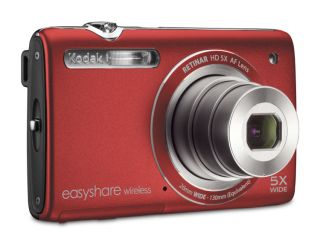 Kodak has launched a set of patent infringement claims... again

Kodak has filed more claims against Apple, which it claims is infringing on four of its new patents.

There's a long history of patent battles between Apple and Kodak, with the pair suing and countersuing each other it would seem at any given opportunity.

The latest ruling in July 2011 stated that Kodak hadn't infringed on Apple's patents, but now Kodak's latest set of claims may see Apple pair up with rival phone manufacturer HTC to fight off the ailing camera company.

With Kodak failing to make a big impact on the digital photography market and rumours circulating that it will be filing for bankruptcy any day now, the one area where it still has some cash left is in its patents, having invented the very first digital camera.

All of the claims relate in some way to the automatic transmission of images from an electronic camera to a service provider. Kodak states that devices including the iPad, iPhone 3G, 3GS, 4, 4S and iPod touch are all breaking various patents filed between 2007 and 2011.

While Apple and HTC are also known for battling it out in the law courts, industry insiders suggest that the pair may work together to fight off Kodak, or at the very least conduct a joint prior art search to assert ownership of certain patents.

It has also been reported that Kodak's president had been involved in discussions to resolve the issue with HTC and Apple, but they had failed to reach a satisfactory outcome.

On 5 January, it was widely reported that Kodak would be filing for bankruptcy within the coming weeks if it couldn't raise enough cash by selling off a variety of its patents from its extensive portfolio.