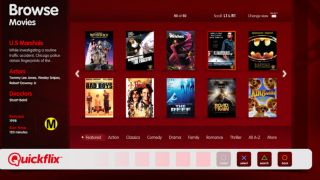 Will NEC simply buy up Quickflix?

While the Nine Entertainment is prepping to launch its own subscription-based video-on-demand platform, it has bought up all of HBO's shares in Aussie VOD service Quickflix.

Announced to the ASX, it was revealed that Nine Entertainment reached an agreement with HBO to acquire all of its 91.16 million redeemable convertible preference shares it holds in Quickflix, working out to be about a 8% stake in the company.

HBO invested AUS$9.3 million in Quickflix two years ago, strengthening the partnership between the two companies.

However, a year into the purchase, HBO signed a long term deal with Foxtel, giving the Aussie pay TV service exclusive premier rights for HBO's original series, including Game of Thrones.

After the announcement of the shares sale to Nine Entertainment, Quickflix chairman and CEO Stephen Langsford said that it will not effect its lineup of HBO shows on the service due to a multi-year deal.

"HBO has been very supportive. We will continue to stream HBO content," he told Inside Film magazine.

While it has been suggested that Nine Entertainment might be looking at a Quickflix takeover, the company has only said that the investment in Quickflix is opportunistic and offers an "attractive risk-reward profile".

However, the purchase of the shares by Nine Entertainment comes at a very volatile time in the VOD streaming space in Australia, as despite Nine Entertainment's new minority shareholding of Quickflix, it has been working on StreamCo Media, a subscription-based video-on-demand service not unlike Quickflix.

Set to launch later this year, StreamCo Media will be going up against Quickflix and Foxtel Presto, as well as a local Netflix, which is currently negotiating distribution and content rights for an Aussie launch.

The other two free-to-air broadcasters, Seven and Ten Networks, as well as cinemas Hoyts and Dendy, are also rumoured to be working on their own VOD services for Aussies.