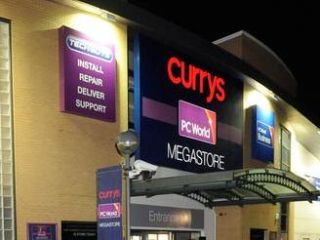 PC World and Currys - now lacking in the Browett department

John Browett probably never thought the day would come when a new job would net him so many virtual column inches – but it has, because he's ditched his post as CEO of Dixons Retail group to become Apple's new VP of retail.

Tim Cook himself (Apple's CEO to those of you not in the know) seems quite excited to have poached Browett for Apple's global retail mission:

"Our retail stores are all about customer service and John shares that commitment like no one else we've met," he said, having obviously never visited a Currys.Digital store and their 'let me Google that for you' shopping experience.

"We are thrilled to have him join our team and bring his incredible retail experience to Apple."

We say 'poached' – that's probably over-egging the pudding. After all, if you were at PC World as even a lowly retail assistant and were offered a job at an Apple store, you'd probably take it.

Anyway, Browett will be busying himself with Apple's new stores set to open in 40 new locations this year. Meanwhile, Sebastian James is replacing Browett at Dixons, not that we think you care.