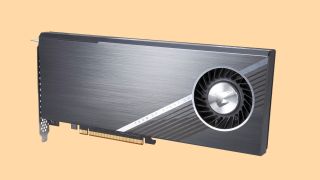 Meet the Gigabyte Aorus RAID SSD, a 2TB storage device that looks like a PCI Express card with a PCIe 3.0 interface.

That explains why the read/write performance, at 6.3/5.9GBps is blisteringly fast, making it perfect as a system drive or as a scratch disk.

As expected, the storage chips are 3D TLC and the controller is a Phison E12. Gigabyte also bundled a dedicated AORUS storage manager application plus a SSD “toolbox” which will allow users to tweak the RAID array.

No pricing has been announced yet but you should be able to build your own using blank Asus or Asrock quad M.2 cards which usually cost less than $100. Just make sure you have compatible parts to go with them.

Another alternative is the OWC Accelsior 4M2 NVMe storage solution that has a capacity of up to 8TB and a starting price of $520 (with 1TB).

OWC offers a five year warranty and encourages users to put two of these “drives” in RAID-0 to provide up to 16TB storage at a premium.