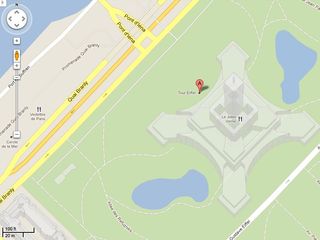 Should we be paying for maps?

Google has been fined for unfairly taking advantage of the dominant position of Google Maps by giving away the service for free.

The internet giant has already been pulled up by French authorities for sniffing out personal data while taking pictures for its Street View service.

This time, Bottin Cartographes lodged a complaint against Google France and Google Inc, claiming that its actions constituted unfair competition.

A French commercial court upheld the complaint and ordered Google to shell out €500,000 in damages and interest, plus a €15,000 fine.

Does Google plan to charge?

The French company concerned distributes the same mapping services as Google Maps, but charges a fee. It claimed that Google's plan is to get ahead by undercutting the competition until it is in an unassailable position.

Bottin Cartographes' lawyer, Jean-David Scemmama said, "this is the end of a two-year battle, a decision without precedent."

"We proved the illegality of (Google's) strategy to remove its competitors... the court recognised the unfair and abusive character of the methods used and allocated Bottin Cartographes all it claimed. This is the first time Google has been convicted for its Google Maps application."

A Google France spokesman responded, saying, "We will appeal this decision. We remain convinced that a free high-quality mapping tool is beneficial for both Internet users and websites. There remains competition in this sector for us, both in France and internationally."

From AFP via Engadget