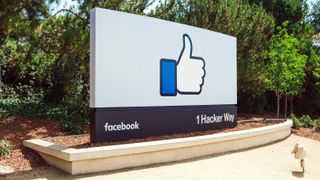 If the look of the Facebook website doesn't please or excite you, there's some good news: the social network has a new look which it is in the process of rolling out to a number of users.

Facebook first announced its intention to launch a redesigned version of its desktop site back in April, and now some users are being granted access to it. As well as a cleaner, less cluttered look, there are also new icons and the all-important option of switching to dark mode.

The website's updated look is in keeping with the redesign that hit the Facebook mobile apps. The same new icons, and cleaner layout have been mimicked for a consistent experience across devices.

When Facebook first talked about the redesign last year, it referred to the new look as FB5 (or Facebook version 5). Now, as CNET reports, a small percentage of users selected by the company are now being invited to test "the New Facebook".

A new look at last

If you're part of the test group, this choice will be presented as a pop-up next time you log into Facebook on the desktop. The default look of the redesign is brighter than the current version of the site, but there's also the dark mode option that so many people have been begging for, which you can find in the Settings menu.

Everyone granted access to the New Facebook is invited to provide feedback to the company, which suggests that there may still be changes made depending on what users have to say about it.

There is no official date for a wider roll out, but the redesign should launch more widely this spring.