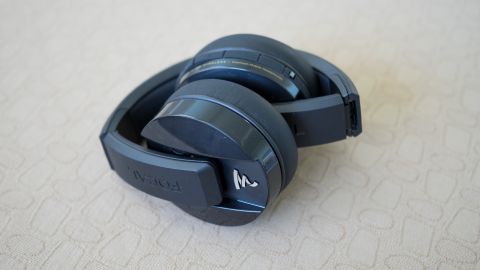 The Focal Listen Wireless offer phenomenal sound but little else. Without multipoint Bluetooth, active noise cancellation or auto play/pause these headphones feel antiquated when compared to the competition.

Focal blew everyone away last year with its stellar line of headphones. We were impressed with the stellar sound quality of the Focal Listen, the most affordable over-ear headphone the company released coming in at $250 (£150, AU$329).

But one of the biggest drawbacks of the Listen was the fact that it was a wired headphone in an increasingly wireless world. To bring the Listen up to speed with the wireless trend, Focal released the Listen Wireless this year.

For fans of Focal’s sound quality, the Listen Wireless will impress but the headphones compromise on features when compared to competition in the same price range. There’s no active noise cancellation, multipoint Bluetooth or auto play/pause, which can be found in headphones that cost less.

The design of the Focal Listen Wireless doesn’t change much over its wired sibling, and holds to its predecessor's all plastic construction. This isn’t a bad thing as the headphones still manage to feel robust and premium.

The biggest visual difference is that the Wireless have a piano-black finish where the Focal Listen featured a matte silver finish. While certainly stylish, this new color choice makes the Focal Listen Wireless are a fingerprint and dust magnet.

If you're someone who cares about cleanliness, you’ll want to keep a microfiber cloth with you to wipe off your fingerprints every so often – which admittedly might be a bit more work than you'd like for a pair of cans.

The headphone controls are all located on the right earcup and are coated in a rubber membrane. This means the buttons feel a little squishy and are hard to distinguish from one another at first, though spending more time with the headphones will train you to learn where the buttons are. Like the arms, the rubber buttons are also a dust magnet and a nightmare to keep clean.

Here's some good news: the Focal Listen Wireless feature soft leather pads that wrap around your ears creating a good seal for bass response and noise isolation. While the headphones can’t block out as much noise as active noise cancelling (ANC) headphones, it does a good job blocking a majority of the outside world passively.

The soft leather ear pads and rubber headband mean the headphones remain reasonably comfortable over long periods of time though our ears became a bit steamy during longer listening sessions.

For portability, the Focal Listen Wireless fold up and come with a neoprene soft case. The headphones don’t fold flat, which is a bit annoying for minimizing space in a backpack but it’s certainly not a deal breaker.

Focal is a company that prides itself on sound quality and the Listen Wireless definitely reflect the company’s sound-first approach.

Overall, we found that the Listen Wireless offer balanced sound with a surprisingly wide soundstage for a closed-back headphone. Bass is tight and extended but doesn’t overwhelm the mids or highs.

Speaking of high frequencies, the Focal Listen Wireless have a slightly bright presentation that may irritate users who are sensitive to sharp highs. However, the sharp highs means you get a lot of resolution and an exciting sound.

Mids are warm and lush with a slight mid-bass bump to make mainstream music sound engaging. Sound quality is identical to the wired Focal Listen, which is remarkable since some wired headphones turned wireless sound noticeably different. The consistent sound speaks to Focal’s audio engineering prowess.

Putting sound quality aside, the Focal Listen Wireless  are lacking a ton of features, making them tough to recommend. The biggest culprit is the lack of multipoint Bluetooth, which allows you to pair two devices simultaneously like a phone and a tablet. The Listen Wireless force you to pair to one device at a time.

The Focal Listen Wireless also lack active noise cancellation, which the cheaper Plantronics BackBeat Pro 2 have. The Plantronics also have a nifty auto play/pause when you take off your headphones. For a little bit more money, you can get the highly recommended Bose QuietComfort 35 or Sony MDR-1000X.

All that said, battery life is excellent with a 20 hour rating. Our testing found Focal’s rating to be spot on, which means users can go a full week without charging if used for about 4 hours a day.

The Focal Listen Wireless are an excellent sounding pair of wireless headphones but its lack of features and high price point make it difficult to recommend.

Better options include the Plantronics BackBeat Pro 2 ($200, £230, AU$250) which offer good sound quality, active noise cancellation, multipoint Bluetooth auto play/pause. The Plantronics don’t sound as good as the Focal but the difference is minimal with the Plantronics being more bass-heavy.

But for now, the Focal Listen Wireless are a tough sell.