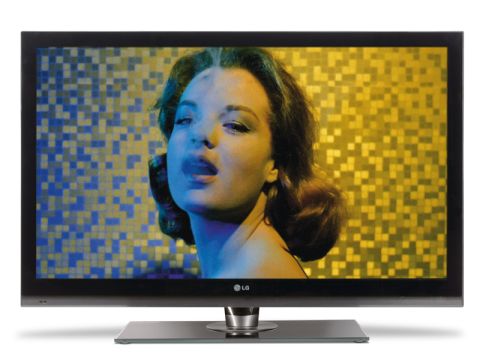 LG's 42SL9000 42-inch LCD TV might well come to be remembered as one of the sets that put LED backlighting firmly on the map.

This chic 42-inch set is decked out in an elegant 'frameless' design and comes with the sort of spec sheet that should have home movie fans instinctively reaching for their wallets.

It would be easier to list what features this set hasn't got. Aside from the full HD panel and 100Hz processing, the TV can be set up for use with Bluetooth devices such as wireless headphones, or for accepting and playing back music or movies from suitably equipped multimedia devices.

The connections roster includes four HDMI ports, which, while not an industry best, is probably more than most normal people will ever need. It also has the usual smattering of component video, Scart and digital audio options, plus an Ethernet port for wired transfer of JPEG, MP3 or video files.

The thing to which LG would really like to draw your attention, though, is of course the LED backlighting.

The system used here is edge, rather than direct lighting, which scores highly for cutting panel-depth (this one measuring an improbably slight 29mm) and contrast, not to mention efficiency when compared to conventional cold-cathode systems.

Direct-lit systems, particularly RGB-dimmed ones, might claim ultimately superior performance, but you pay significantly more for them and they come in a much chunkier case.

And finally, you can even set it up so it 'knows' (via Intelligent Sensor 2) whether or not anyone is in the room watching it in order to help cut down energy wastage. If there's no one in the room, it'll switch itself off.