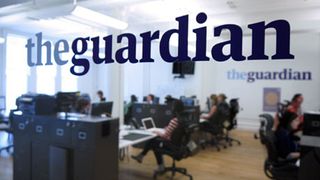 Guardian's work to continue despite the government's interference

On Sunday, David Miranda, partner of Glenn Greenwald, the Guardian reporter who penned a majority of the earliest stories on former government employee Edward Snowden, was detained by U.K. officials at Heathrow airport.

Miranda was picked up while waiting for a flight back to Brazil, where he lives with Greenwald, and was kept in custody for nine hours under schedule 7 of the U.K.'s terror laws.

The move drew the ire of people upset with both the U.S. and U.K.'s recently uncovered surveillance tactics, and particularly those at the Guardian where Greenwald works.

Shouting at the wind

Though Rusbridger complied, and indeed did destroy the hard drives in question under the supervision of the Government Communications Headquarters (GCHQ), in his article Rusbridger called the move a "peculiarly pointless piece of symbolism that understood nothing about the digital age."

According to the editor, most of the stories about the National Security Agency (NSA) were being reported and edited out of New York, and with Greenwald living in Brazil, hardly any of the actual stories were being completed in London.

Of course, it all began a little over a month ago when the Guardian received a call from the government telling Rusbridger, "You've had your fun. Now we want the stuff back."

The officials demanded the Snowden data either be handed over or destroyed, otherwise the Guardian would potentially face legal action.

Despite Rusbridger's explanation of how journalism worked in the internet age, with journalists able to compile stories well out of the U.K.'s jurisdiction, the officials remained steadfast, and eventually the paper agreed to smash the drives in question.

"We can call off the black helicopters," one of the supervising GCHQ officers joked after the last of the computers were destroyed.

Who watches the watchmen?

Rusbridger assured reporting on Snowden's documents would continue, and even with the destruction of those drives and the seizing of Miranda's personal items, the work of the journalists involved would continue unabated.

Even if the government doesn't quite understand how the internet works, the amount of effort being put into silencing leaks is definitely worrisome for all involved.

No stranger to this type of government chest-thumping, Rusbridger recalled a similar situation when he was reporting on WikiLeaks just a few years ago.

Since then, it's become apparent to the Guardian editor the various governments are doing everything in their power to threaten the freedom of the press.

"Most journalists can see that," Rusbridger wrote. "But I wonder how many have truly understood the absolute threat to journalism implicit in the idea of total surveillance, when or if it comes – and, increasingly, it looks like 'when.'"