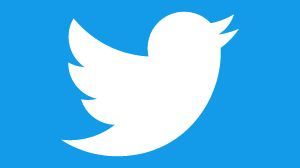 The bird is going public

The microblogging site announced in appropriate 140-character form that it has "confidentially submitted" its IPO registration with the U.S. Securities and Exchange Commission.

The company is taking advantage of a new "secret" IPO provision in 2012's JOBs Act. According to Business Insider, companies with less than $1 billion (about £63m, AU$1.07b) in revenue can submit an initial SEC filing without having to make documents typically associated with the process public.

Twitter's financials don't have to become public until 21 days before its "roadshow," or the time it wil pitch its stock to investors.

Weirdly, news of Twitter's filing comes one day after Facebook CEO Mark Zuckerberg was asked at TechCrunch Disrupt if he had any advice for Twitter on its then unannounced but fully expected IPO.

"I'm kind of the person you'd want to ask last about how to make a smooth IPO," Zuckerberg said to chuckles, referring to Facebook's problem-laden public offering.

"I actually think that it's made our company a lot stronger because the process leading up to going public, you have to know everything about your company. We run our company a lot better now. Sometimes it might take the market a little while to catch up and see the results of what you're doing."

Twitter's value has been estimated at around $10 billion (about £6.3b, AU$10.7b), but in the days between and IPO go time, Wall Street pundits and techies alike will do their darndest to pinpoint just how much the company is worth.

Like others, Twitter has turned to advertising to pull in revenue, but an IPO should give it the funds to truly compete with the likes of Google and Facebook.