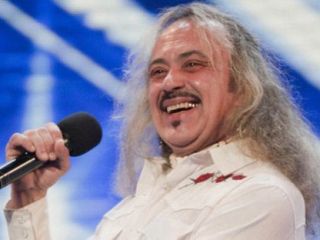 Facebook's plans for world domination are continuing apace, with the social network nudging the television industry to use its Events check-in facility for their programming.

The ability for users to check-in to events using Facebook Places is fairly new and in the vein of the likes of location-based networking sites like FourSquare.

But Facebook says that TV programmers are missing a trick by not setting each show as a Facebook Event and allowing users to check in whenever they are watching.

"You begin to create these hubs where you can take the passionate screaming and bring them together, because you realise that 10 of your friends are watching Top Gear at the same time.

"We've talked to broadcasters about putting their whole EPG as events on Facebook, and letting people RSVP to them to get a reminder."

While we can't endorse the watching of Top Gear, we can understand Facebook wanting to steal the social aspect of TV watching away from Twitter.

As anyone who follows anyone who watches X Factor will know, there are certain times when Twitter becomes a no-go zone due to the sheer volume of updates about the current show.

Social networks have become the modern-day 'watercooler' for discussing must-watch TV shows, which aren't often watched by all at the same time in today's post-PVR, on-demand world.

But it's not just television events that Facebook has its eye on. Hernandez continued, "The thing I'm dying to make social is the EPG."

By using a Facebook ID, people would be able to log-in to their futuristic digital programme guides and see what their friends are watching, as well as getting personalised recommendations based on the programmes they have 'Liked' in the past.

Whether or not this remains a Facebook pipe-dream remains to be seen, but with televisions becoming ever-more connected, we wouldn't be surprised to see the Facebook EPG become a reality in the near future.