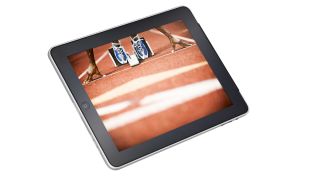 At least 400,000 start-ups are launched in the UK every year. London is ranked as the best city in Europe to locate a business

Slightly over 12 years ago, history was made. For those of you who are a little rusty on the circumstances, here's a quick recap: just before the turn of the century there was an almighty explosion of internet start-up companies, with investors practically bulldozing venture capital into the streets in order to jump on the fashionable technological bandwagon.

The internet was the 'in thing' during the 1990s, so of course everyone was convinced that it was going to change the world. But while the party started with a big bang, it fizzled out just as soon as it had gained momentum.

Interest rates rose at the turn of the century, and suddenly all those borrowed dollars turned into gold bullion. As fast as they had popped up, the new dotcom companies were being killed off, unable to make anywhere near enough money to pay back their colossal debts. The dotcom bubble had well and truly burst.

That single terrible but memorable event cost the world a lot of good start-ups, but it also gave us some great ones. Some new businesses managed to ride the wave of financial chaos, and came out stronger as a result. Amazon and eBay are prime examples of this, and UK travel deal website Lastminute.com just about survived too.

Looking at the internet in its present form, it's hard to imagine such a disaster ever took place. But if we remove the rose-tinted glasses for a minute, things aren't exactly perfect today either. The dotcom crash and, in more recent events, the worldwide banking crisis, have knocked public confidence for six, with nervous investors choosing to keep their wallets well and truly shut.

The economic downturn has made borrowing money to launch a new dotcom a tough prospect, but the positive side effect - yes, there is one - is that start-ups seeking support are working harder than ever to earn a buck, using whatever means they can and no matter how tough the challenge may seem.

Innovation seems to be the overriding theme for those looking to get a foot in the door. There's a huge variety of websites popping up all the time, catering for all manner of niches. But these aren't just any old niches - they're ones with the potential to revolutionise their fields. Join us as we discover the 20 hottest start-ups in the UK.

Camp in My Garden

With many austerity-stricken Brits holidaying within the UK, camping has never been more popular, and Camp in My Garden (CIMG) has come up with a neat solution to the increased demand on the camping and caravanning infrastructure.

Founded in April 2011, CIMG provides a unique experience. As the name suggests, it lets people offer their gardens as mini campsites, while enthusiastic campers benefit from the ability to pitch up almost anywhere, with low prices to boot. CIMG will no doubt be hugely popular with those heading to festivals, as it gives party-goers the opportunity to sleep peacefully.

Although technically the research behind Raspberry Pi - the computer the size of a credit card - started six years earlier, it wasn't until 2011 that the hardware actually started to get off the ground, and it only went on sale at the end of February 2012.

This is no ordinary hardware manufacturer - the Raspberry Pi Foundation, founded by Eben Upton and a variety of hand-picked allies from the University of Cambridge's Computer Laboratory, is actually a charity. The idea behind Raspberry Pi is that the ultra-mini PC will get children interested in programming, filling a void in the educational space.

At a mere £25 for the basic version of Raspberry Pi, and £35 for the model with extra bells and whistles, it's bound to catch on with the kids.

We listen to the top 10 chart hits every week, watch the top 10 greatest musicals of all time on TV, and the internet is packed with top 10 this and top 10 that. With that in mind, there's now a website to get all your top 10 fixes in one place.

Top10.com has collated the top 10 of everything you could ever need. Just log into the website and you can start searching for information right away. Top 10 pasta dishes? Bosh. Top 10 Ferraris? Boom. Top 10 Wikipedia searches? Not quite - the site only launched last year - but in the meantime you can add a top 10 yourself, so if you know it, share it!

These days, most of what we get up to ends up on a wide variety of websites designed to track our daily activities, like Facebook and Foursquare. You have to work very hard to gain access to this splintered online world, but TicTrac - a start-up launched at the beginning of this year - aims to make the process a lot easier, and prettier to boot.

TicTrac lets you see all your online activities in one place, but rather than a random collection of bits and pieces, it presents it in an easily digestible manner that lets you spot trends in the way you live. For example, you can see how many calories you consumed in a month, or how many times you ate a burger - and then compare that with everyone else. It's a great way of finding out more about yourself.

Some new start-ups are using social media to great effect, finding ways to trigger viewer engagement. WireWAX expands on short online video clips by incorporating interactive tags that allow viewers to get more from the content, beyond the video itself. These tags can be anything - you can add words to highlight specific objects, for example, and you can then interact with these tags to find out more about the object.

That might be a biography about a person, or where a specific item in the video related to that object was purchased - a pair of jeans or sunglasses, for instance. You can then click through to a website about that product, or even buy it instantly. WireWAX is free to try (up to a point), so you can start tagging your videos right away if you fancy it, and there are plugins available so you can use it with YouTube or Brightcove.

Not everyone uses Facebook, but why should they stay in the dark about your daily thoughts, or the photos from that weekend away? Mindings founder Start Arnott thinks he's found the solution.

His idea started life as a digital photo frame given to his parents, which he could email photos to so he could keep in touch. He then made one himself and added the ability to email display photos from Flickr, receive text messages, and even get calendar reminders.

The product hasn't got to market yet, but in the meantime Stuart has made a web version that you can use with any internet-connected PC. Before you ask, yes, there's nothing wrong with a good old phone call or the occasional visit, but every way of keeping in touch helps.

Online reviews are convenient things that allow us to quickly read up on something before we buy, but they can be a little - shall we say - biased. That's where Alexis Dormandy's LoveThis jumps in.

Instead of a single subjective review from a pro's perspective, LoveThis opts for the real-world approach - compiling reviews and recommendations from people you know to get a more rounded, impartial opinion.

But what if your friends haven't recommended anything yet? Fret not - LoveThis has a database of recommendations from expert reviewers too. Whenever you want to review something, you can do so instantly from your mobile and share reviews with your contacts through Facebook, Twitter and email.

Pay as U Gym

Gyms are often intimidating, especially for those of us with a reluctance to exercise, and what makes them really scary is the dreaded annual membership. If you're not fully committed, you'll never get the most from your hefty investment.

Pay as U Gym takes the pressure off a little, letting you go to the gym when it suits you with its pay-as-you-go system. You sign up for an online membership and then top up your account when you want to, either from your PC or through a phone. It's cheaper to buy passes through the site than it is to purchase a one-off pass directly through the gym, according to the business's founders.

You can search for a gym near you, check out the prices online and even find out what other people think of them using the built-in ratings system. Pay as U Gym has the support of over 250 gyms in the UK, so there is clearly demand for a more flexible setup.

Mobile phone comparison sites are 10 a penny, ruthlessly competing for the top spot, but how many have a purpose other than making a buck? That's what sets Ladyblabla apart from the rest.

For every phone sold, it donates £15 to mothers2mothers to provide smartphones for front line female health workers in Africa. Andy Cameron hasn't set up the site to guilt-trip people into buying phones - its main aim is to feminise the system, targeting older women, half of whom still don't have a smartphone.

The charitable side reinforces the site's outlook, but as it's only just launched, we'll have to wait to see if it turns into a profi table venture. Ladyblabla could prove that even when you think a market is cornered, there's still potential for making money.

Zeebox's newly released app enables you to get social with TV, whether you're watching it on a laptop, tablet or smartphone. Once you've told it what sort of TV setup you have, you can connect to your friends to see what they're watching, invite them to watch the same thing, and chat with them online simultaneously.

You can see what people are tweeting about while a programme is running, access Wikipedia information, and even buy products related to a show. One of Zeebox's most impressive features is that if you have an internet-connected TV, you can use it as a wireless remote control, flicking to different programmes as you discover them through the app.