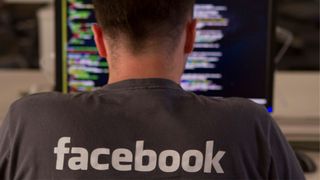 Ever fancied yourself as a future Employee of the Month at Facebook? Then here's your chance - the social networking giant has announced plans for a huge expansion of its UK offices.

Zuckerberg's crew is set to add 500 new roles to its UK operations, expanding the company's presence in the UK by 50 per cent as it opens brand new headquarters in London's Fitzrovia area.

"The UK remains one of the best places to be a tech company," said Nicola Mendelsohn, vice-president for Europe, the Middle East and Africa at Facebook.

"Many of those new roles will be high-skilled engineering jobs as the UK is home to our largest engineering base outside of the US."

It's not just about engineering roles though. Project managers, marketing teams and sales staff will all also be scouted by Facebook.

Facebook follows in the footsteps of Google, which has also given a vote of confidence in post-Brexit Britain with a £1bn investment in a new London HQ and the introduction of 3,000 jobs by 2020.

"The capital's vibrant tech scene is the envy of Europe and Facebook's continuing commitment is another sign that London is open to talent, innovation and entrepreneurship from all four corners of the world."

It might be time to give your CV resume that well-overdue spruce up, then.