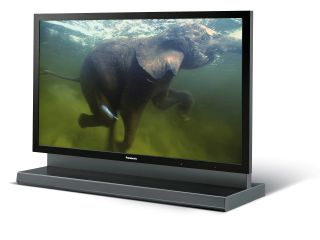 Are plasma TVs being banned in the UK? No. No they are not.

TV consumer groups have been quick to scupper a number of recent reports in the UK's national press that plasma TVs are going to be banned in the UK.

It comes after a rather alarmist report in the Independent newspaper earlier this month, which reads: "Energy-guzzling" flatscreen plasma televisions are set to be banned "as part of the battle against climate change... Giant plasma televisions – dubbed "the 4x4s of the living room" – can consume four times as much energy as traditional TVs that used cathode ray tubes (CRTs)."

The Department for the Environment, Food and Rural Affairs (Defra) said in a statement: "In the past five years we have seen the main television in a household change from typically being a 24in to 32in CRT television to being a much larger flatscreen television, with screen sizes of between 32 and 42 inches becoming more and more common. Not surprisingly, this has seen the energy used by the main television in the house increase."

New mandatory EU labelling will, according to Defra, "make it easier for consumers to identify the most and least energy-efficient televisions available."

Following the slew of sensationalist 'TVs banned' reports, electronics industry body EICTA responded with a press release to confirm that any claims of a ban were "factually incorrect", and that, "according to the pertinent EU directive, a technology such as plasma cannot be banned from the market as long as the TV sets (using this technology) comply with the energy efficiency requirements".

So there is no plasma TV ban then. That's that cleared up…

Just don't leave your TV on stand-by. And try to have at least a basic understanding of how to stop sucking up energy from our fast-dying planet...