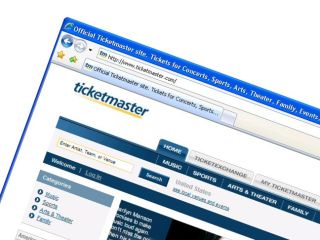 Online ticket agent Ticketmaster is to bundle an iTunes copy of Bon Jovi 's new album with each ticket bought for the band's US tour. The intriguing move could pave the way for similar cross-promotional activity in future.

The ticket sales, which will begin tomorrow, are in advance of the October dates. However, purchasers will receive a code from Ticketmaster that enables them to download Lost Highway from iTunes when released on 19 June. Naturally though, the bundle deal won't save punters any money, with the package prices $10 higher.

Presale tickets will also be available without the download premium - providing punters have bought the album from iTunes or BonJovi's website previously.

It's not unusual for ticket sales to tie you into fanclub membership - The Police and The Rolling Stones have used this tactic for priority ticket releases. However, it is thought to be the first time that chartable music has been bundled. For each ticket and album bundle bought, the purchase will contribute towards chart position.